workflow comes with a simple drag-and-drop editor, which you can use to define steps in your automation.

If you start building from scratch, you will see a blank canvas. In this canvas, you can hit ⌘ + K or hit the Add node button in the left-bottom control section. This will open up a scrollable and filterable command palette for you. 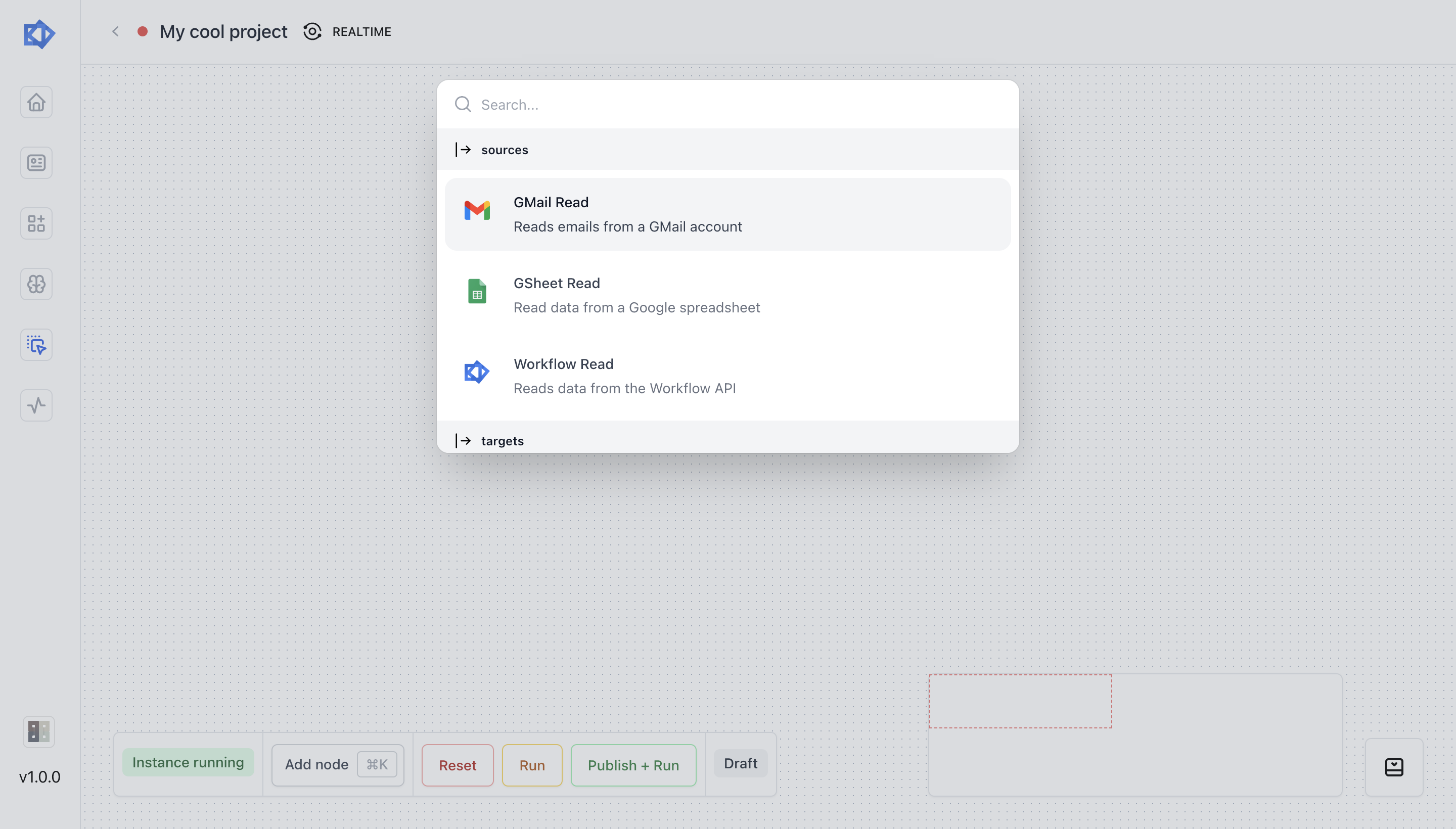 From this command palette, you can select which nodes you want to use. For instance, you could use a GMail Read node to fetch data from a GMail mart, then pass it through some Python Template (custom modifier) and ultimately send it to a Gsheet Send mart, which will push the data to an actual spreadsheet. 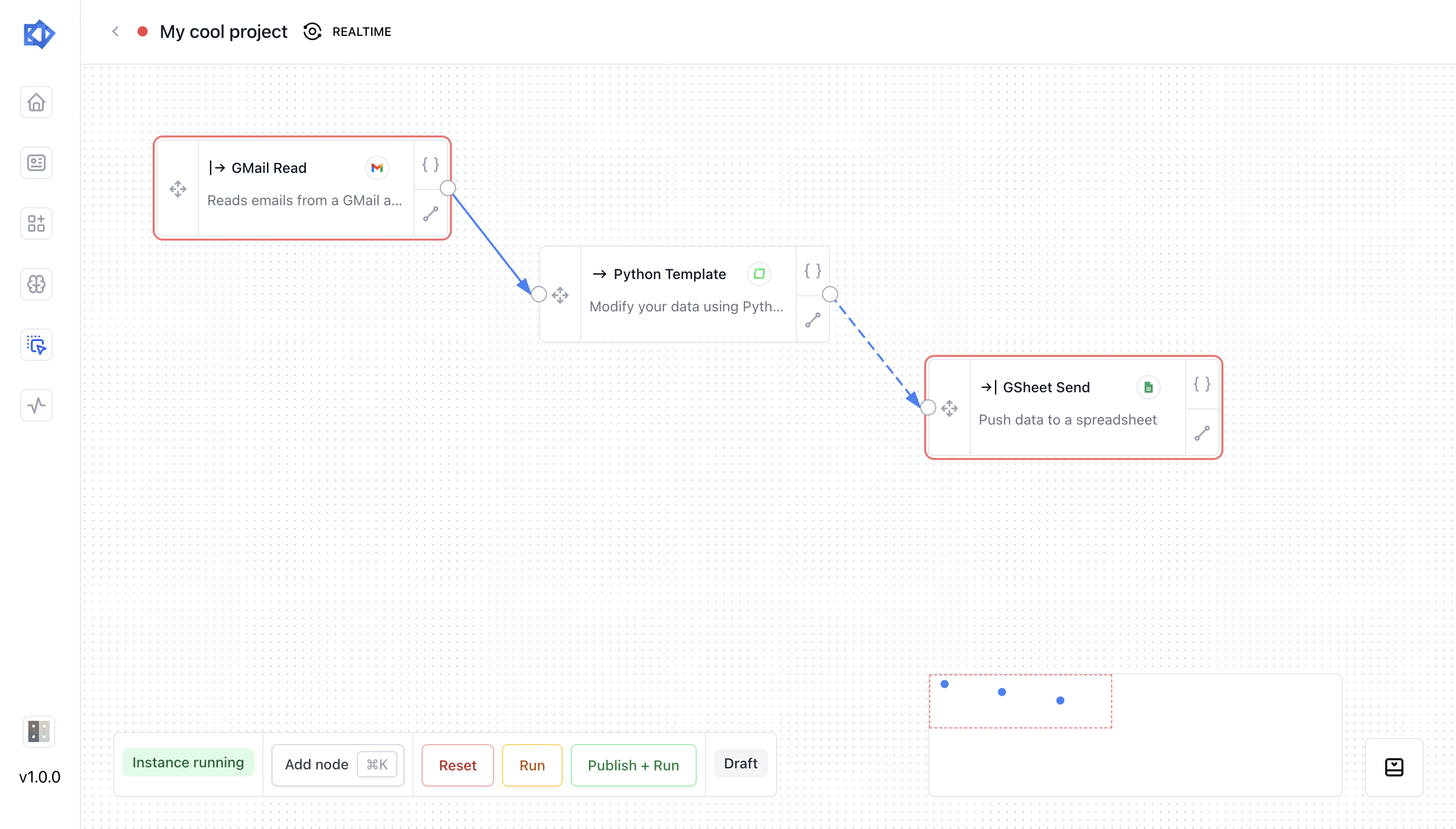 The read border indicates that the nodes aren't completely set up yet, as they must be connected to some mart. You can read a node with red bordes as a placeholder of a concrete integration (e.g. GMail), but with a missing mart (e.g. your inbox vs. the inbox of John Doe)

Alternatively, when creating a project, you can also choose to create from a template. For instance, the Customer service automation template reads from an inbox, passes the data through an AI node, and then pushes data back to the inbox. 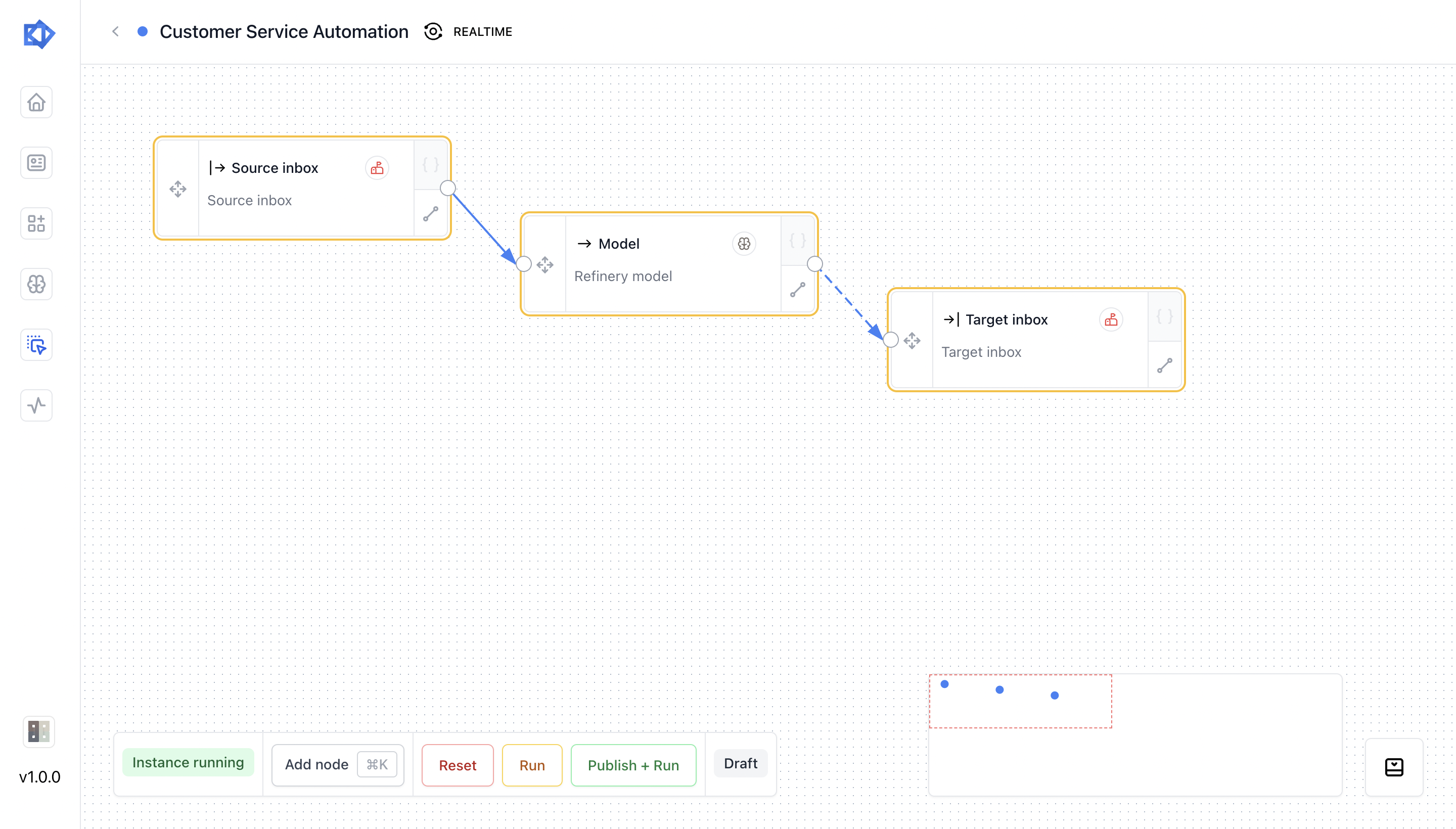 In this case, the nodes have orange borders. This indicates that you have to first set up the actual node type (e.g. choose GMail read for the Source inbox).

If you click on a node, it will open a slide-over containing the node data. We differentiate between no-code nodes (e.g. data marts), and programmable marts (e.g. the Python Template node).

The Python Template allows you to implement custom logic in the node function. It expects a record dictionary as input, and outputs a modified dictionary. You can decide for yourself how the modification should look like. The standard implementation adds a processed_at timestamp, which you can happily alter. 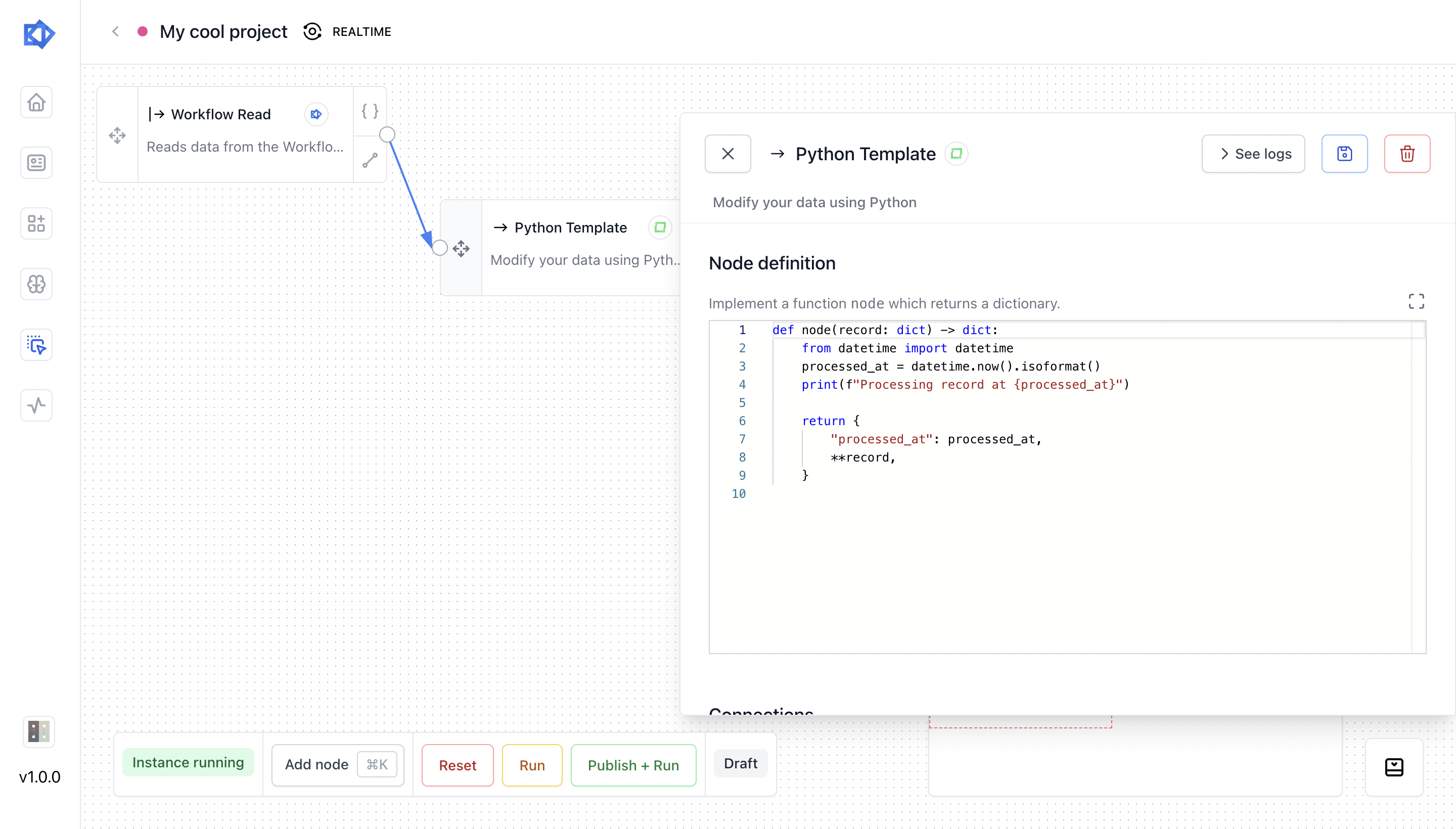 If you modify a mart node, you will see a no-code interface. Here, you can simply choose from the available marts that you previously configured in the integrations page. 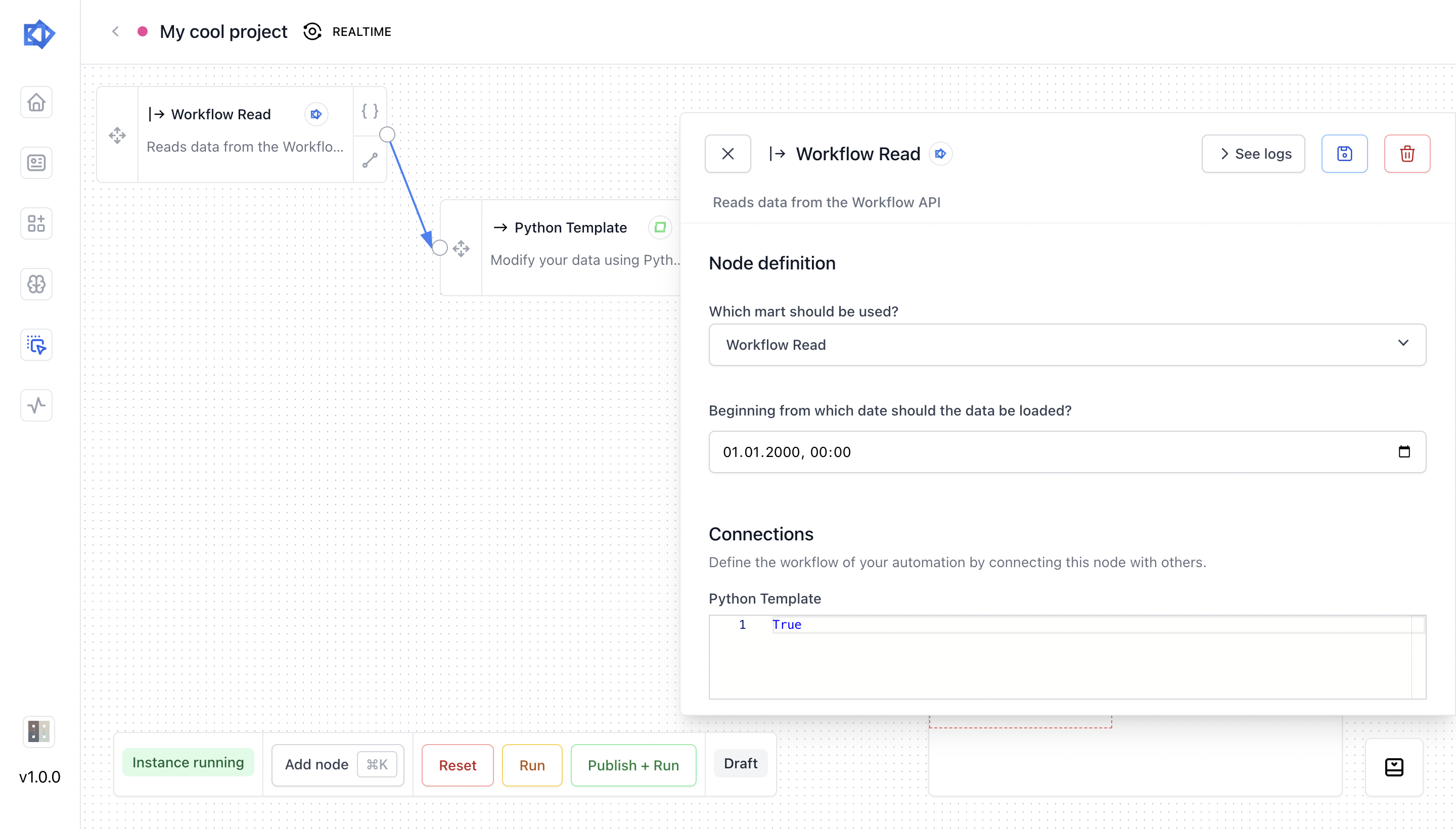 To connect nodes, you have to define small conditions. These are Python snippets which are being evaluated; if the condition you define turns out to be true for a given record, it is passed to the next node.

For instance, you can use this to only pass records to the next node which have been predicted to be new card requests. 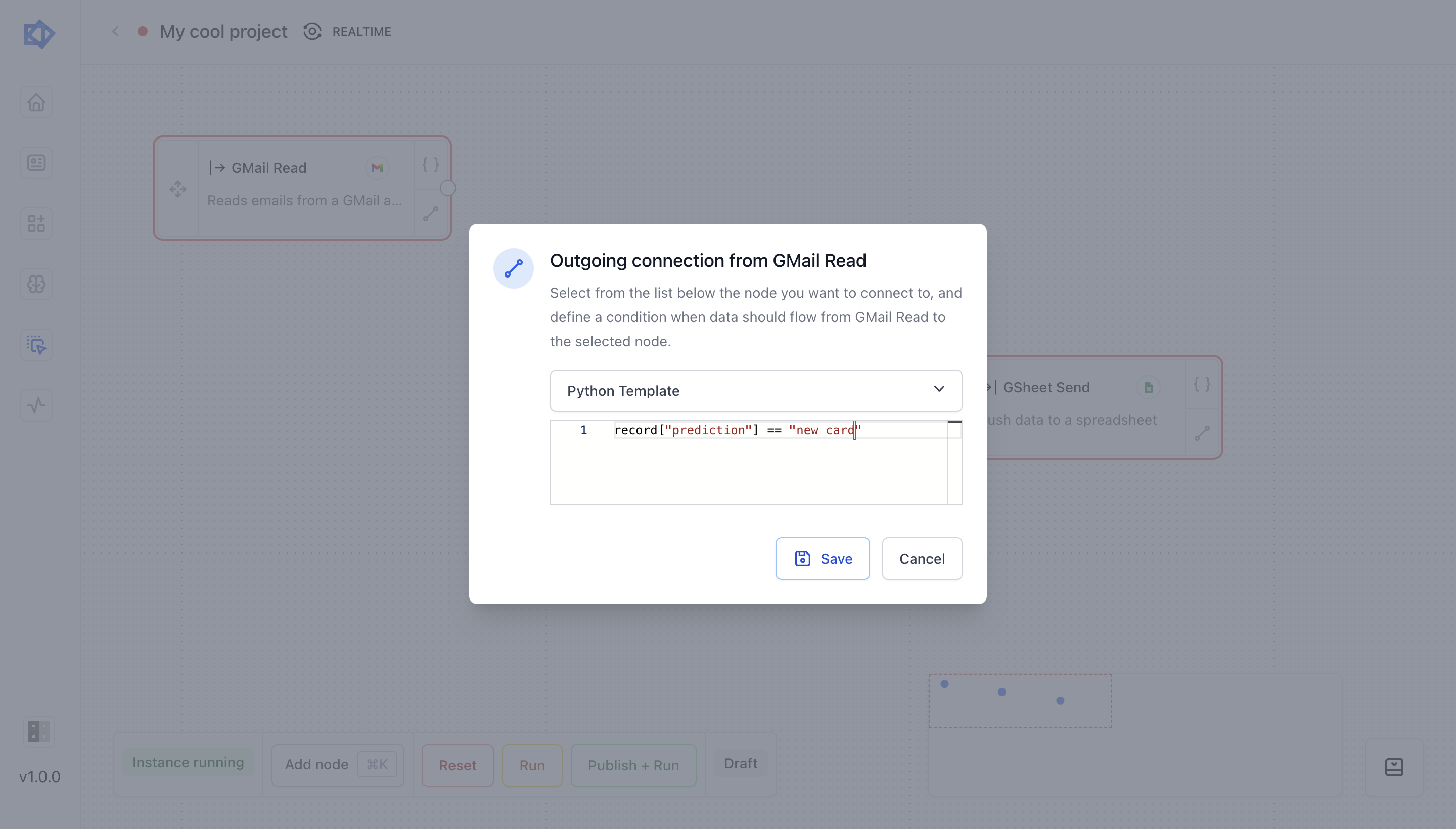 If you want to send the data to the next node in any case, you can simply write True into the condition editor. 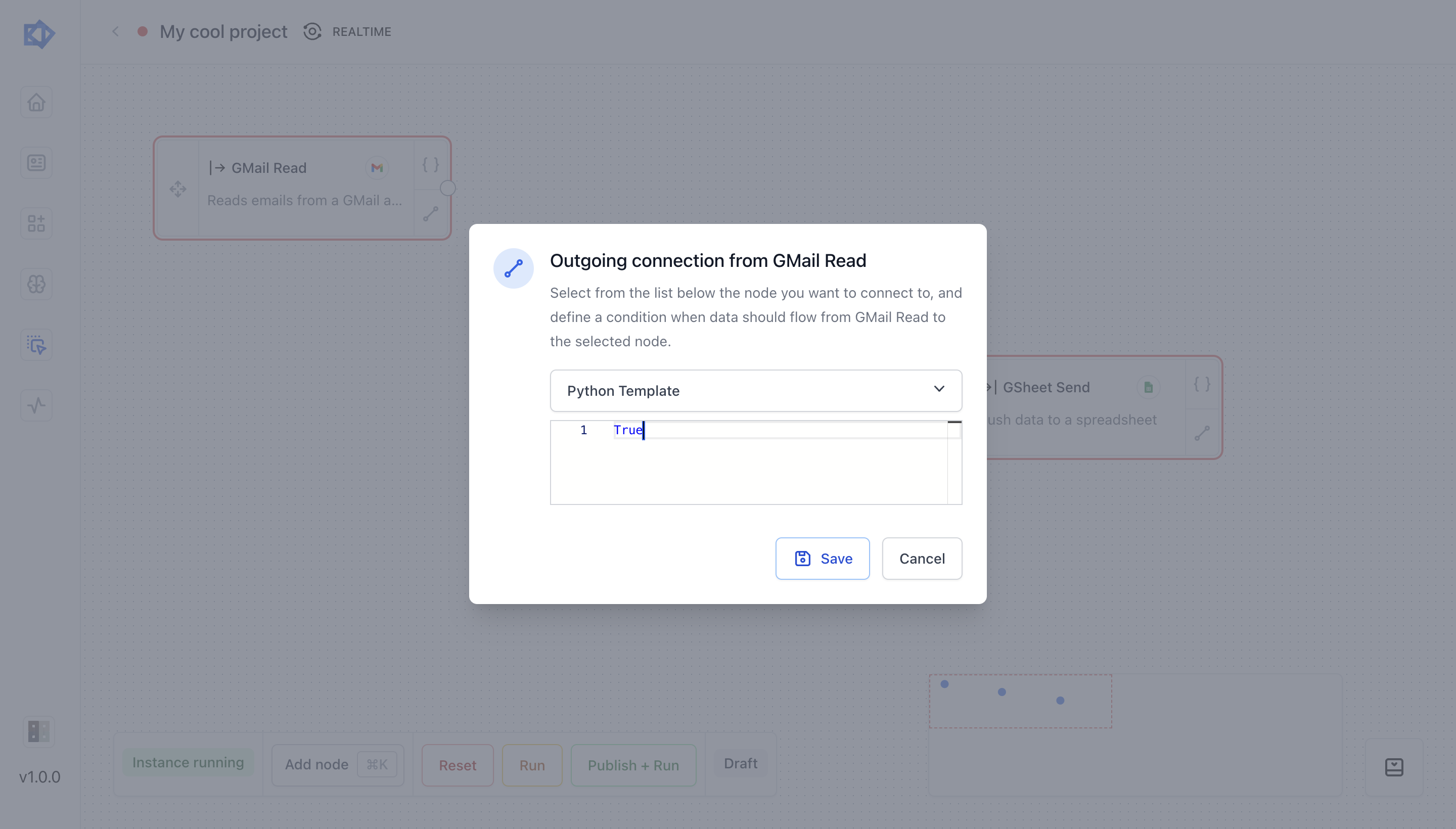